The most important environmental factors that influence photosynthesis, plant growth, flowering, fruit set, fruit growth and fruit quality are light, water and nutrition. Inorganic nutrition of plants was raised for the first time during 1840 when Justus von Liebig published his book on this subject. Since then 17 elements were identified as essential for plant production. Fourteen of these elements, i.e. Nitrogen (N), phosphorous (P), potassium (K), calcium (Ca), magnesium (Mg), sodium (Na), sulphur (S), chloride (Cl), iron (Fe), copper (Cu), manganese (Mn), zinc (Zn), boron (B) and molybdenum (Mo), are utilised and taken up from the soil and water. The other three, carbon, hydrogen and oxygen are utilised and taken up from the air and water.

*The ash content is the residue after all moisture and organic material are burned away. It contains all the nutritional elements except carbon, hydrogen, oxygen and nitrogen, and usually not sulphur and chloride.

Through the years, in the endeavors to increase plant production, a number of approaches have been tested to optimize inorganic nutrition.

The main result of the use of removal figures was that plant analysis became important. Leaf analysis has come to the front and has received the most attention.

No matter which diagnostic method is used, plant analysis especially leaf analysis will form an integral part.  Today it is necessary to evaluate the role of each nutrient element in production and to use the most effective method for optimal supply.  The best sustainable income will be generated when nutrients are supplied in the most economic way, which ultimately is the goal of a good fertilisation program.

Leaf analyses are an indicator of the nutritional status of the trees. During the research into this method a relationship was established between the concentration of the nutrient elements in the leaves and production including all quality aspects. This relationship was developed for almost every nutrient element.  For some like chloride and sodium only the maximum tolerable concentration was determined. Following the research, production-leaf-concentration-curves were established. 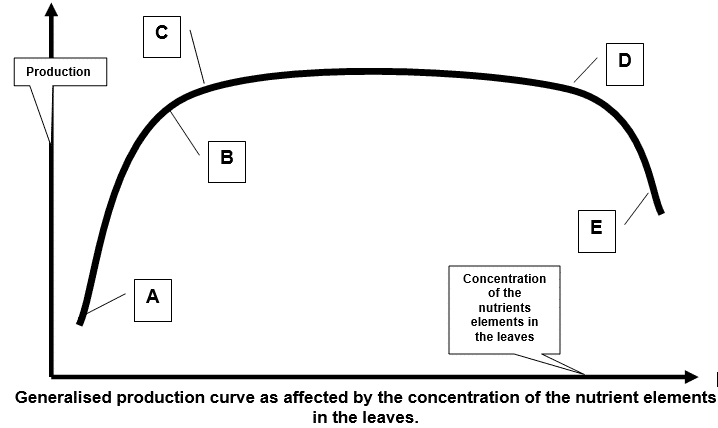 It is however impractical and hardly possible to keep the concentration of the nutrient within the narrow range of BC and in practise the concentration range between C and D is regarded as the optimal range. Any variation within this range will therefore be regarded as optimal and will not influence production.

These optimal ranges are not depended on external conditions like soil type, climate etc but these factors will differ between plant species and even selections within a specie.

Very important; when any of these production-leaf-concentration-curves are applied to determine the nutritional requirement, the leaf sampling procedure, especially the age and leaf type, should be the same as that when the curves were established. The same applies for the leaf analysis process. Different techniques can give different values for the same element on the same sample.

Therefore to apply leaf analysis as a diagnostic tool successful, one has to follow the same sampling (Leaf type, sampling time) and analytical procedures.

Have a look at some of our Learning-on-Demand Short Courses related to Agri Consult! 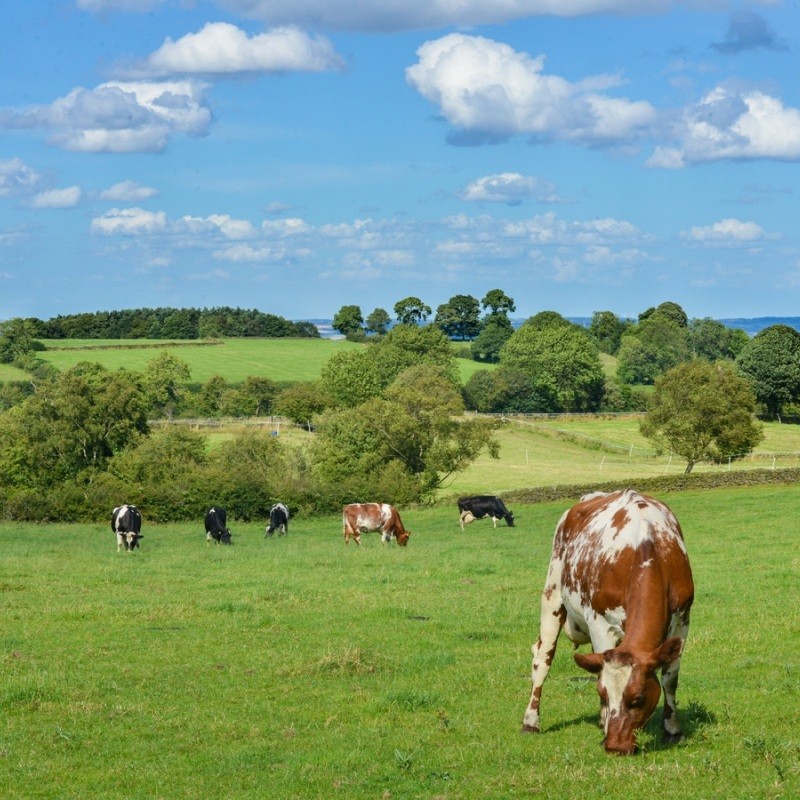 Learn in detail, how to successfully manage a Beef Production farm. 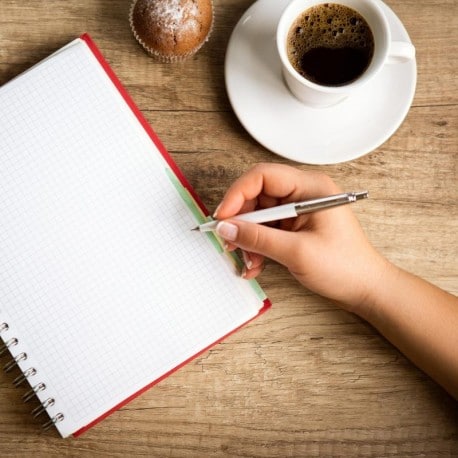 This course will take you through the various sections of developing an agricultural Business Plan. 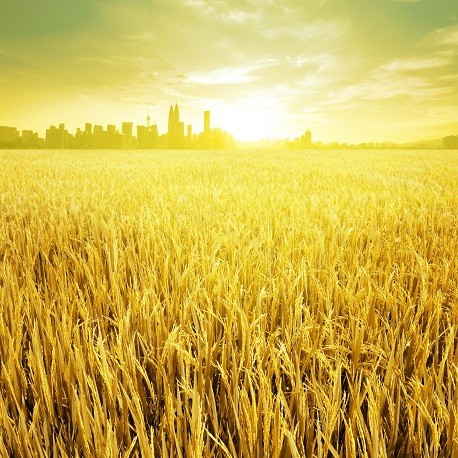 After taking this course you will have an in-depth knowledge of the Interpretation of Growth Medium Analysis as a whole. 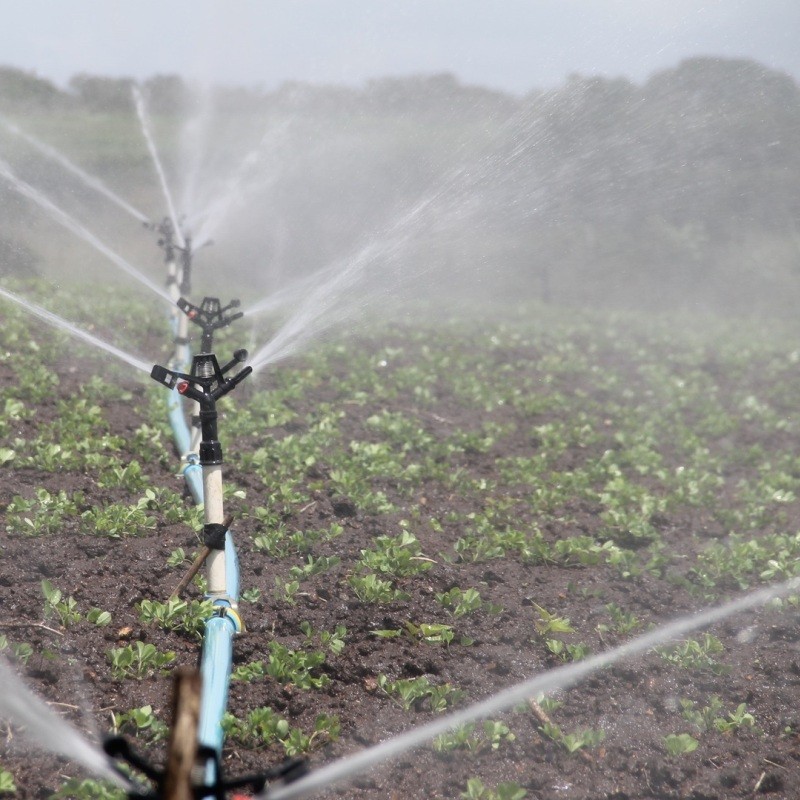